Does Low Testosterone Cause Hair Loss? 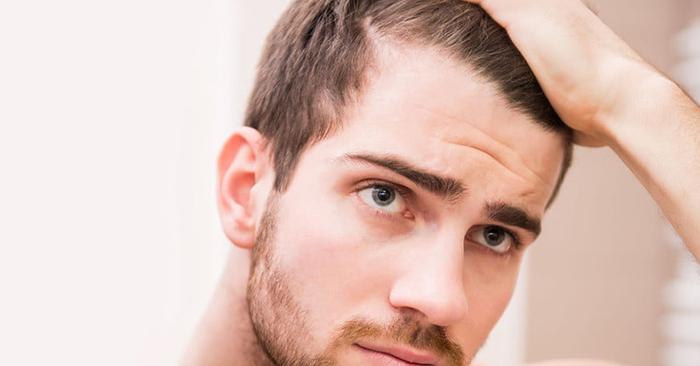 The Fears Of Hair Loss

While not fatal, hair loss is high on the list of many men’s fears as they grow older. In fact, the National Center for Biotechnology Information has determined that men that suffer from hair loss are often less satisfied with their physical appearance. Beyond that, those suffering from hair loss often feel as if they are growing older.

In part, hair loss is perhaps such a large fear among men because hair is in some ways a symbol of masculinity. Those suffering from baldness consequently may experience mental health concerns due to a loss of confidence.

Does Low Testosterone Cause Hair Loss?

There are a number of things that can trigger hair loss. Perhaps the largest concern is genetics. Some people carry a genetic disposition to hair loss, leaving little room for recourse.

However, hair loss can be caused by anything from stress to the use of heavy waxes. Poor circulation, inflammation and dietary choices can also have an effect on hair loss. In the end, however, many men suffer hair loss in their later years due to an imbalance of hormones.

The average male loses around one percent of their total testosterone levels every year after hitting their low to mid 30s. Dihydrotestosterone (DHT) is made from testosterone using an enzyme called 5-alpha reductase and is found in skin, hair follicles, and the prostate.. DHT is also made from DHEA, which is a hormone most in women. The actions of DHT and the sensitivity of hair follicles to DHT is what causes hair loss.

Healthline.com states, “Men with MPB (male pattern baldness) may actually have lower circulating levels of testosterone but higher levels of the enzyme that converts testosterone to DHT.”

There are a number of ways to combat hair loss. However, some are more effective than others.

Over the counter products are less likely to have lasting effects on those suffering from the condition. Consequently, it is often best to consult a doctor to determine the best step forward to handle the situation.

For most men, a testosterone replacement therapy regiment may be suggested to aid in hair growth and to combat the nasty effects of hair loss. In the end, it is best to first consult a medical physician.

To learn more about testosterone replacement therapy or to book an appointment, please contact our clinical staff.